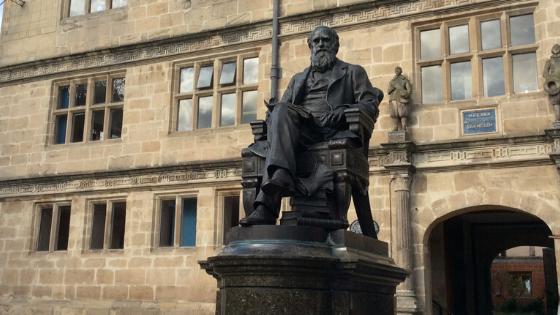 Charles Darwin is famous around the world for his contributions to science. But did you know he was actually born in Shrewsbury?  Affectionately known as Shrewsbury’s most famous son, Darwin was born and raised in a house on The Mount in Frankwell just a moment’s walk from the town centre.

This month, Shrewsbury celebrates Darwin and his achievements in the annual ‘Darwin Shrewsbury Festival’ with events taking place throughout the town between the 7th and 16th February. Therefore, this blog will get you up-to-date on all things Darwin in Shrewsbury.

Who was Darwin? – A quick guide

Charles Darwin was an English naturalist who is most famous for his theory of Evolution in his works ‘Origin of Species by means of Natural Selection’.  The study provided evidence of evolution and proposed the theory of Natural selection as to how evolution occurred.

It has been said that Darwin’s passion for the natural world developed during his time spent in the Shropshire area which is famous for its geological diversity. He was known to have fished for newts in the Dingle (pictured )and study rocks in the Quarry Park.  From the age of eight Darwin boarded at Shrewsbury School, in the building that is now home to Shrewsbury Library. However, Darwin was not a dedicated student and often spent his time exploring the great outdoors. 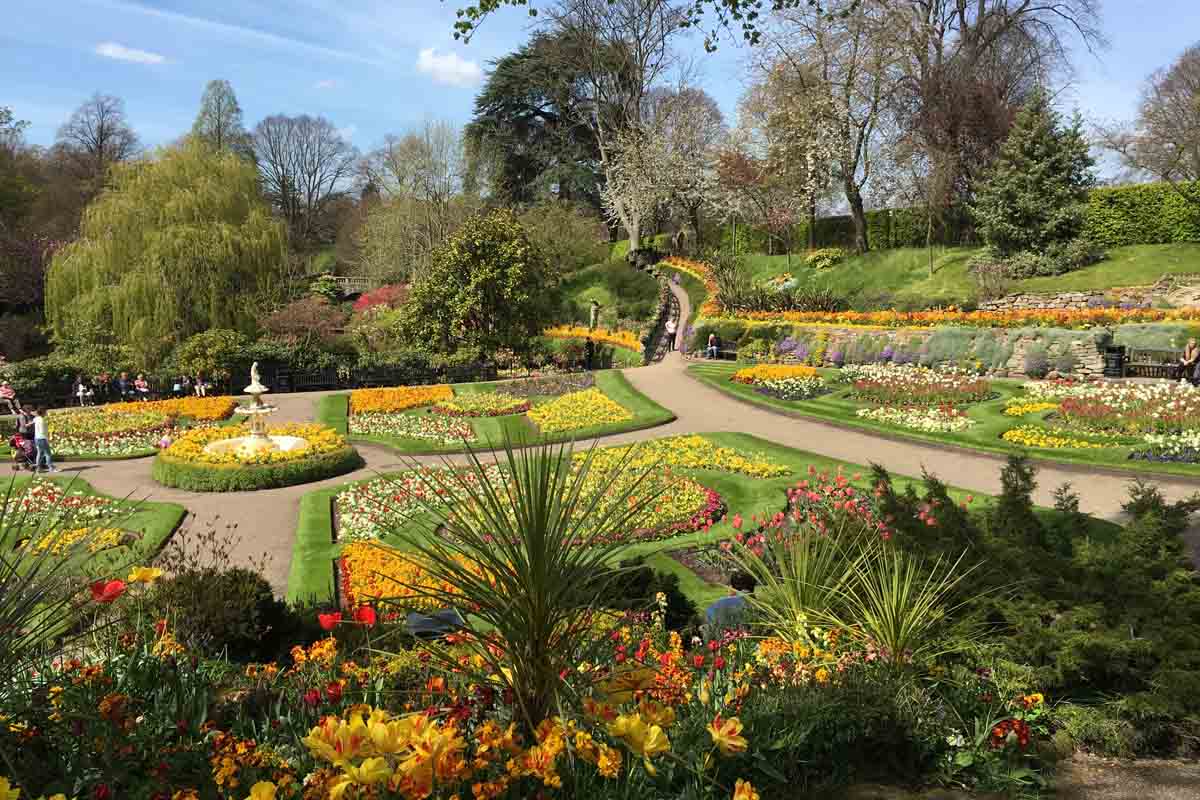 Darwin spent a summer working at the Royal Shrewsbury Infirmary before heading to Edinburgh to study medicine. However, he often found lessons to be dull and surgery distressing. As he neglected his medical studies, his father sent him to Cambridge to become an Anglican Priest.

Upon completing his studies, he joined the HMS Beagle on a voyage that would shape his life works. The expedition visited Cape Verde and other Atlantic islands, the South American coasts and the Galapagos Islands, Tahiti, New Zealand, Australia, Tasmania, Keeling Island, the Maldives, Mauritius, St Helena, Ascension and Brazil.

As a result of observing animals in these locations Darwin became convinced that species were not absolute but in fact evolved from one another.  He published ‘The Origins of the Species’ in 1859 which still remains one of the most important biological works ever written.

Darwin would still recognise many places in Shrewsbury. You can follow in his footsteps by visiting the following locations.

The birthplace of Darwin was built on wasteland by his father, Dr Robert Darwin in 1800. A young Darwin catalogued the flowers in the garden as his mum was a keen gardener.

Tours of the home are not available but there is a commemorative plaque for tourists to view. While you may not be able to access the home, the garden, where Darwin spent much of his time, can be explored thanks to Shropshire Wildlife Trust who purchased the land in 2013.   You can visit free of charge by arrangement. In addition, the site can be viewed from the riverside walk. 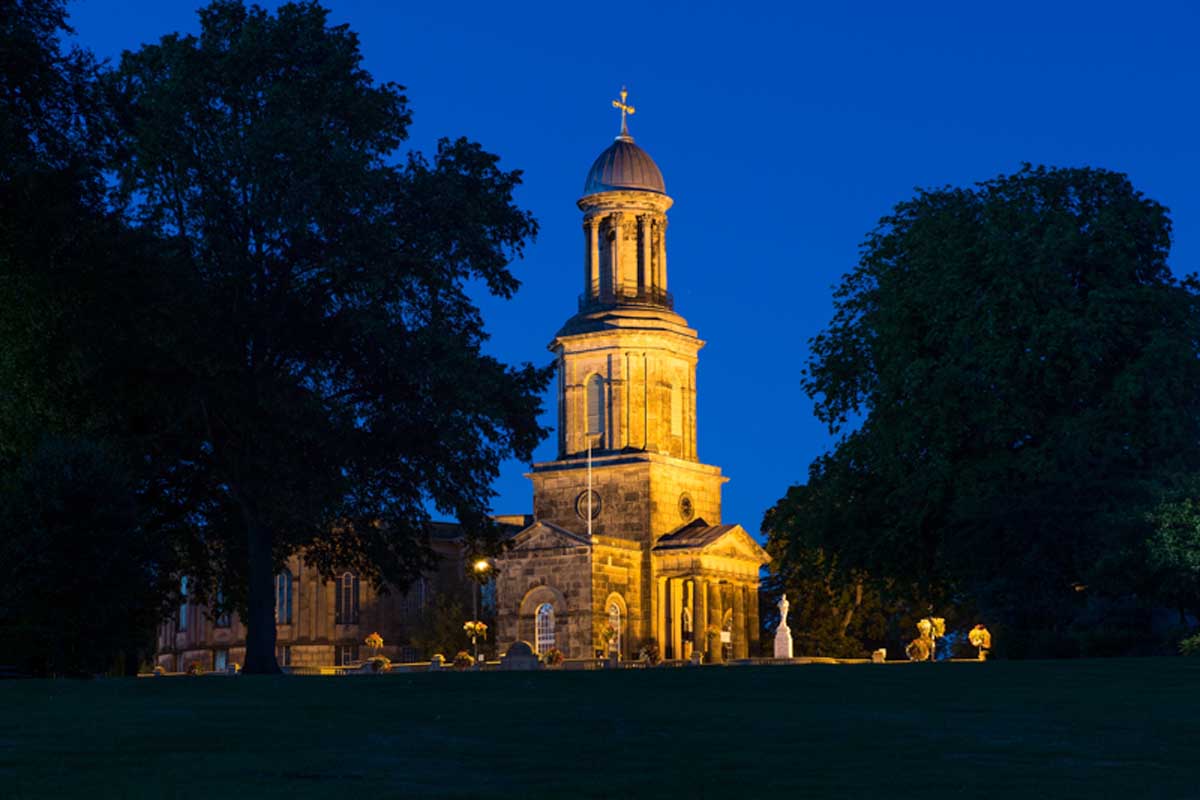 Just seconds away from Severnvale Academy is 13 Claremont Bank, where Darwin went to school at the age of 8.  In fact, you can see this location from the school! There is an information sign outside for visitors.

Darwin was baptised at St. Chad’s church at the top of Claremont Hill in 1809. However, it was the Unitarian Church on the High Street where he worshipped with his Mother.

There is a commemorative plaque inside the Unitarian church expressing the connection to the family.

The Library and Darwin Statue

What is now Shrewsbury Library was originally home to Shrewsbury High School.  Darwin studied here in the 1800’s before going to university.  You can visit the building during open hours to see the beautiful architecture- but remember to be quiet!

Outside the library you will find the Darwin statue. Unveiled in 1894 the statue commemorates his works and life in Shrewsbury.

On the banks of the River Severn you will find the ‘Quantum Leap’ sculpture. The 40ft abstract piece was commissioned for the bicentennial of Darwin’s birth in 2009. Known by locals as ‘The Slinky’, the Darwinian theme can be interpreted as dinosaur bones or DNA. 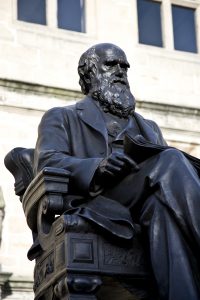 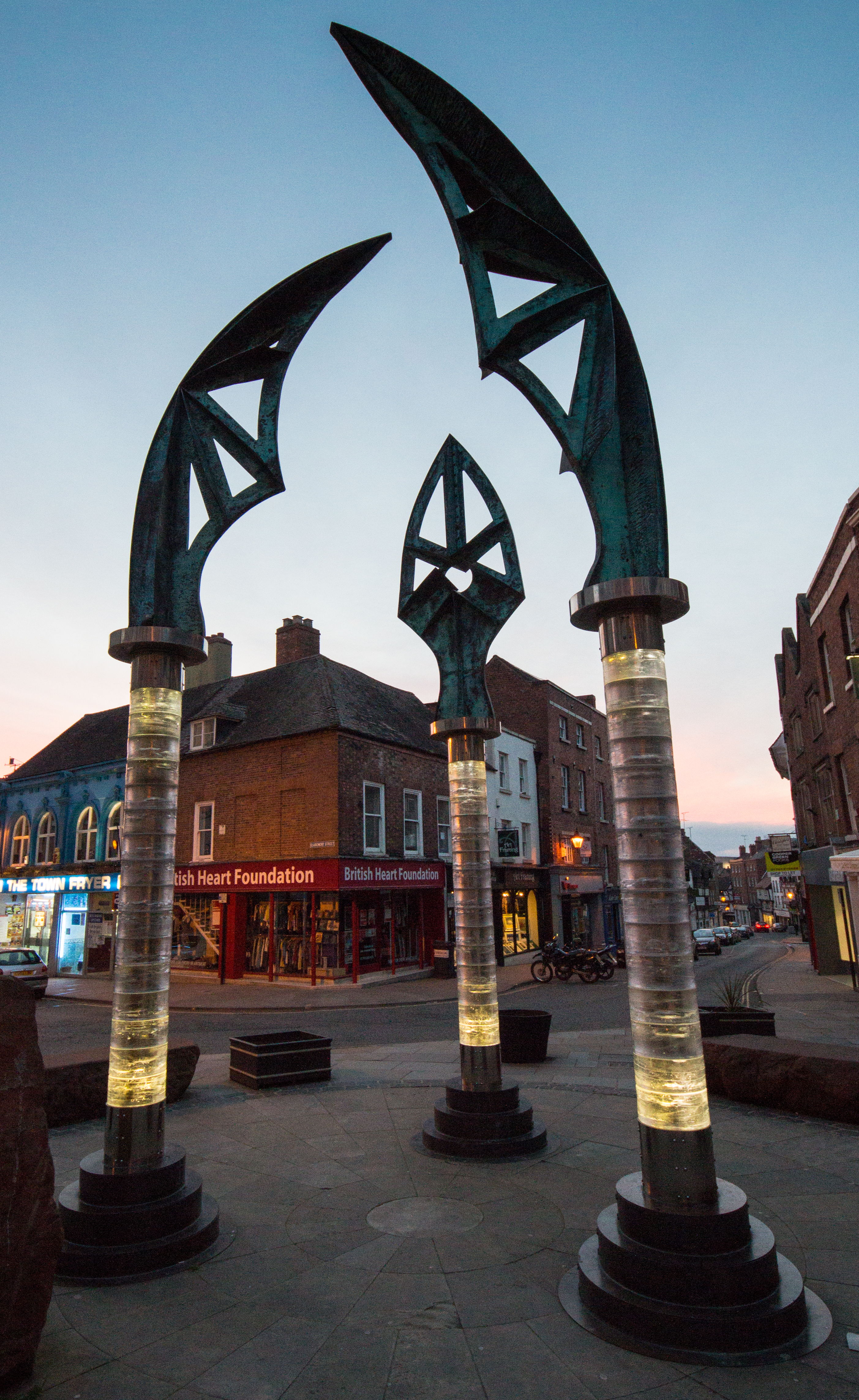 Before leaving the town centre you can also visit the Darwin’s Gate sculpture. Inspired by St Mary’s church, which Darwin attended during his school years, the sculpture lights up at night giving a stained glass window effect. From certain angles the piece joins together to make one unique work of art, so make sure you walk around to get the full experience.

The boulder, located in Morris Hall courtyard in Shrewsbury town centre, was Darwins first introduction to geology. Shropshire has rocks from more different periods in geology than anywhere les in the world. For example pecimens from the caribeean can be found alongside Scottish boulders.  The Bellstone is a type of stone usually found in the north of England and was transported by glacial movements. A local naturalist showed Darwin the rock and ignited his passion for science.

With such a rich geological culture it is no wonder Darwin was inspired by the nature that surrounded him.  Enjoy walking in the footsteps of Darwin!

To find out more information on this year’s Darwin Festival please visit https://originalshrewsbury.co.uk/darwin-shrewsbury-festival for further information.

Geological- relating to the study of the earth’s physical structure and substance.

Expedition- a journey undertaken by a group of people with a particular purpose, especially that of exploration or research.

Commemorative- acting as a memorial of an event or person.

Bicentennial- the two-hundredth anniversary of a significant event.

Evolution- the gradual development of something. The process by which different kinds of living organism are believed to have developed from earlier forms during the history of the earth.

This blog was written by